What a crazy case this has been. With multiple layers still unclear. But the one thing we can take from this article is what the Judge said- and why it’s so important. This article goes into some of the proceedings as QuadrigaCX declared bankruptcy amid rumors and fury of its users who lost millions of dollars.  It also gives us an idea into the mindset of the banking world and their paranoia of cryptocurrency because it “could be laundered money”.  I guarantee some of BC’s finest cleaners of laundered money, cleaned their money at the casinos to the tune of millions and brought in brief cases full of cash and the big banks still accepted the laundered money.  In fact when any of us deposit cash into our bank how do they know it is not laundered, or proceeds of crime?

Banks seem to think that any amount of cryptocurrency “must be laundered” or the “proceeds of terrorism”.  They should probably ask HSBC about that one.

But let’s take the banks seriously, laundering and terrorism is bad, but from a financial position it is clearly good or the big banks wouldn’t have so much dirty money stored.  So, let’s be clear, laundering is only OK if it is beneficial for the banks.  Cryptocurrency at this time is not beneficial to the banks in their mind, because cryptocurrency in their view is something that threatens their business.  Therefore, Quadriga’s customers are labeled money launderers, and the big banks stop consumers from purchasing cryptocurrency.

Which is why I loved Judge Wood’s questioning of the banks’ counsel.

“Lawyers for the Bank of Montreal and the court-appointed monitor overseeing the case, Ernst and Young, said the banks are uncomfortable handling money from the cryptocurrency world, saying the uncertain origin of the funds raises concerns about possible money laundering.”

I really got a kick out of this issue.  The judge basically told the banks lawyers to “get on with it and stop complaining, there are always risks in financial world” is the gist of what I got from Judge Woods’ statement below. If this isn’t the most bad ass thing you have ever heard a Judge say about crypto, I don’t know what is.

In a draft court order submitted to Wood, Royal Bank and the Bank of Montreal agreed to transfer the funds, but both banks included clauses aimed at limiting their liability while carrying out their duties.

Wood questioned the banks’ lawyers about the need for such provisions, suggesting they may have gone too far.

“There’s always business risks in everything you do,” he told the lawyers.

This is probably the single most important thing a Canadian Judge has said in court about not just the case, but also regarding cryptocurrency. Canada has taken a very unfair ruling on Cryptocurrency, with banks not even allowing Canadians to purchase cryptocurrency, citing they’re trying to protect you by limiting what you can buy. You can use that same credit card to buy a gun, or some drugs, but not cryptocurrency.

When I helped my cousin purchase his first Bitcoin, his bank was blocking the purchase. When he called to find out why, they told him it’s because they were protecting him from possible fraud. When he said it was him making the purchase himself they argued stating that they couldn’t allow the transaction because bitcoin was used for fraud and terrorism and it wasn’t in line with their policies….To be clean, my cousin gave them an ear full. The one question that stumped them, was if they would block his credit card right now from buying a gun, or drugs- all he had to do was withdraw the money from his credit card and buy it with cash.

Needless to say, the poor customer service guy had to go higher up, to the manager of the bank branch where my cousin gave out another ear full. This was his money. Fiat is used daily to commit crimes, to launder money, to fund terrorism and they don’t put that to a stop. HSBC, and many other banks have been caught time after time laundering money, cheating investors and the normal citizen out of millions, and to hear them talk to vehemently about cryptocurrency, the very thing that’s making money easier to use, is public, and can help bring money and business to parts of the world where Banks don’t want to invest in.

So what the whole thing boils down to is that they want you to not purchase bitcoin, not because they suspect fraud or funding of terrorism and other nefarious activities, they want to stop it because it’s in direct competition.

This is a similar tactic industries or governments use when something they don’t like directly competes with their ‘foundation’.  For example, in this article I talk about how Huawei is being unfairly targeted and accused of national security risks, when actually if you look at the big picture, it’s competition.

“Bitcoin – and other decentralised cryptocurrencies – allow people to trade directly with each other, cutting out the need for a middleman which, in traditional commerce, is a bank.”

For example, the Canadian government allowed millions of laundered and illegal money from China to get laundered freely and openly under their nose through British Colombian casino’s. They knew about this for a long time, and allowed it because it looked favorable to our economy numbers. As a direct result of this, housing became affordable because wealthy Chinese using illegally borrowed or government money, came on the weekend to purchase Canadian homes. Cost of living went up, and because the economic numbers looked good, the government continued to let it happen, despite it being criminal.

US spy network goes far beyond anything China has done, and Canadians are being spied on by US based spy agencies and our govt is allowing it. And yet we’re worried about Huawei spying? When its convenient, we worry about right and wrong. When it’s not, we don’t. Crypto is the same thing for them. It’s competition to the normal fiat, so they need to ban it.  They need to kill i- desperately because banks are no longer needed.

Except, bitcoin transaction volumes now surpass Paypal, adoption is becoming ever so close with many retail banks like Swissquote now supporting it. 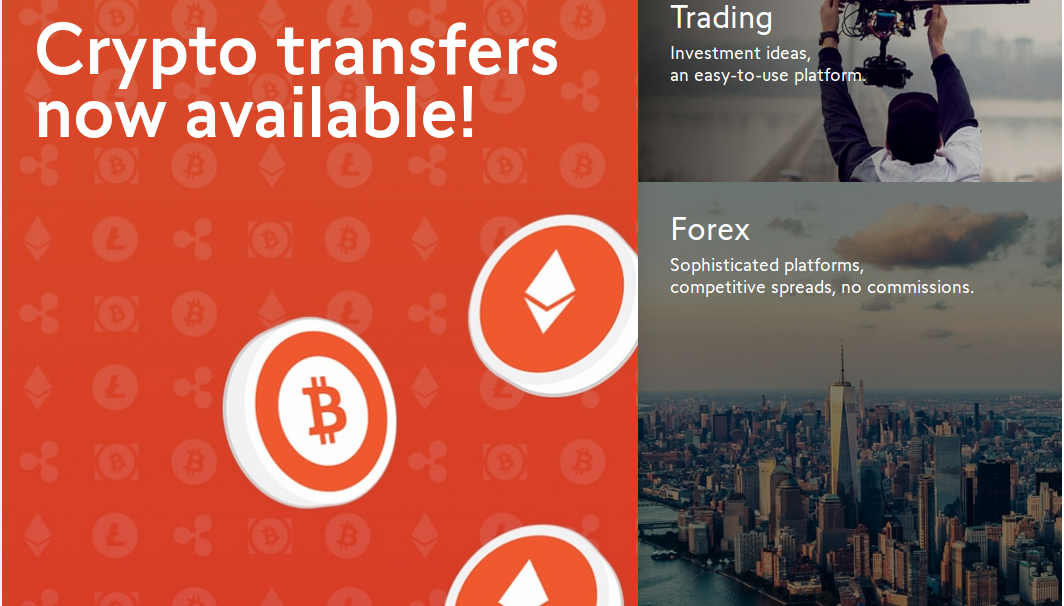 This all goes back to Judge Woods comments, paraphrased to the Banks, GET OVER IT. Cryptocurrency is too big now, you cannot kill it, or ban it, or control it. You might as well suck it up and get on the trend or get left behind.

UPDATE: You can open your own online Swissquote bank account, but be sure to either contact them about restrictions in your country of origin.