5G The Battle For Which Technology Will Irradiate Us More

There is a lot of of debate about the cellular technology 5G (which is not the same as the 5G some think of when we talk about faster Wifi in our house).

Whether we are talking about your home wifi, cellular 2G, 3G, 4G or 5G, it is all just more radiation. For years the cell companies funded research which concluded there is no health risk or cancer developing as a result of bathing ourselves in extra radiation on a daily basis. Except now experts recommend, as suggested by the phone companies TOS, to use a hands free connected microphone, and to keep the cell phone away from your body by 15mm.  Why do they recommend this? Because now we know that cell phone companies actually knew for a long time, that it does in fact increase your risk to cancers. Think about it, it’s low slow doses of radiation, of course it makes sense.

“to reduce exposure to radio frequency, use a hands-free option such as the speakerphone and carry the phone at least five mm away from your body.”

The common sense remains that radiation does not improve your health, and increasing amounts of radiation will not improve it either. So since most things in this earth are not neutral (meaning nearly everything has an impact or reaction even if we don’t see it at the time),radiation daily will cause harmful health results. But it’s not just human life and health it affects, it is directly affecting the health of our plants and animals.

Things we love and enjoy daily, are having a negative impact on our health, and we’re not asking the right questions, nor are we questioning the companies that lie about their studies. Scientists debated for years, for example, what, if any affect, a wifi router has on plants. They couldn’t conclude concretely despite so much money being pumped in to fund their research. Yet a group of school girls found the answer, and it was pretty concrete. So concrete, that only then did scientists in Holland test and see the same results when using wifi routers near trees. You understand what took place there right?

If our wifi which can barely reach halfway down the block can impact the health of living things like trees and plantlife, we can only imagine how higher frequencies and bandwidth (more radiation than previous technologies) will impact us.

I’m not a scientist but the experts have been sounding the alarm for a long time. It’s not a question if it’s safe, but just how much worse for our health it is than existing technologies. 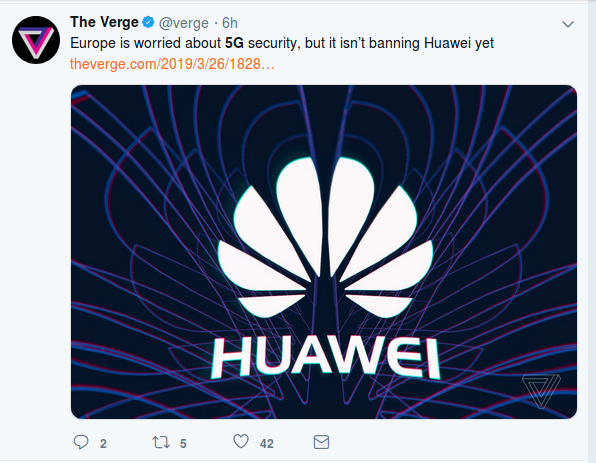 Don’t worry about Huawei 5G being a national security risk, the US does far more serious spying, worry about your health when it  comes to 5G tech.

With all the things trending on twitter and other social media, I thought sharing this with ‘Endgame’ was probably most appropriate, considering this 5G issue isn’t even getting half the attention it should be. In fact, I’m seeing a lot of talk about 5G and NOT enough about why this untested technology was given the green light to expand and flourish. I’m seeing a lot about concerns over Huawei’s 5G technology being a national security risk, but NOTHING about the health and environmental risks of 5G itself.

180 Scientists and Doctors signed a petition and pleaded in the UN to not allow 5G tech to be released until more research and significant more data was created to see the affects on human and environmental health. On one hand we have governments and the UN barking like mad dogs about climate change and telling us we need to worry and do something it. Then on the other hand they go ahead with 5G tech which is UNTESTED Tech, and the data we have is showing SERIOUS health and environmental implications.

The hypocrisy isn’t funny, this is people’s lives. This is the planet we live on. This is the future we are putting at risk here. Do we really need to kill off people and the planet so you can internet faster?

We are baking in radiation. There is going to be adverse health affects- you do not need to be a scientist to understand this. Nobody can say with a straight face that this level of radiation won’t have any health implications on you, your family or the environment. And yet governments around the globe, such as the US and Canada and the UK have already accepted it. We’re trending it on twitter like it’s such amazing new tech, completely allowing these tech giants (with rich CEO’s who can afford luxury bunkers), to tell us YOU NEED 5G FOR FASTER EVERYTHING. Yeah, with 5G, you’ll have faster everything, also faster cancer. 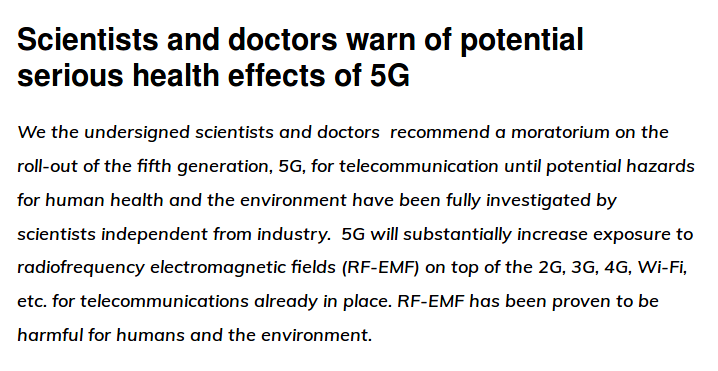 We need to stop this trending of unsafe stuff as safe and ‘the new thang’. We need to stop being such uneducated zombie consumers that we’ll buy poison from these tech companies with a smile on our face and give them a thumbs up about how delicious their poison was. That poison is radiation, you’re drinking it from the air and there’s nothing you can do about it. 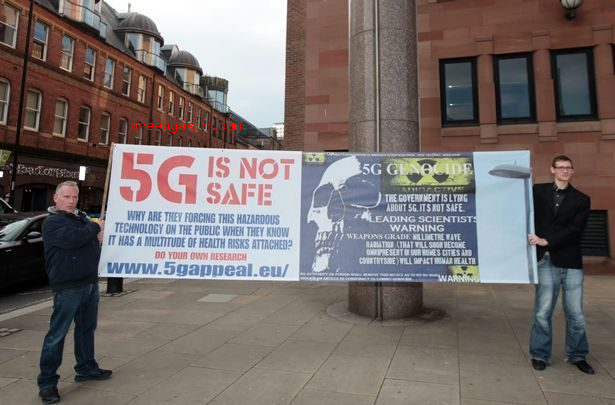 There’s enough evidence to conclude the new smart 5G arrays on the top of new LED lampposts emit Class 1 Radiation frequencies and should be treated as a danger to the Public.

This is one case in the UK that the people fought and won.

New equipment will need to be installed in neighborhoods- every 12-15 houses or maybe less, decreasing our choice to getting exposed and increasing our risk of health issues. You won’t be able to say ‘I opt out of this’ if you’re neighbors put it up, or your cell company or ISP puts its up and they will be. You won’t be able to stick your butt at home and think you’re safe, no it’s in the air and it’s going through your body, there is nothing you can do. Your kids are exposed to it daily at home, then again at school, and you’re just baking all day and night in this untested radiation.

3) You’re a yoga and health nut, so why doesn’t this matter to you? 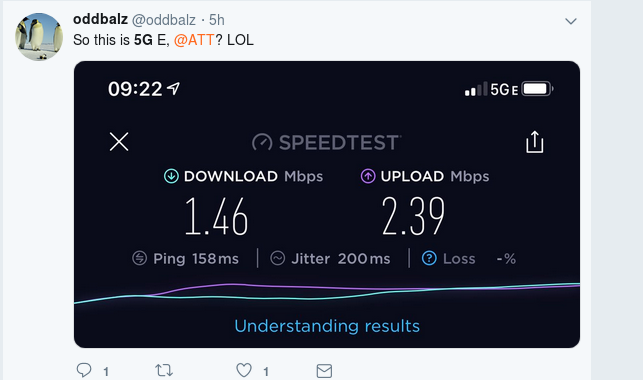 Why I’m Angry About 5G

This is probably the 2nd most aggressive post I’ve ever made.Simply because of how serious this is.

I want Huawei 5G here, I think for small business especially it’s going to be great. A big boost to small business for once rather than large scale multi billion dollar tech giants. But, this is also untested radiation tech. We need to be cautious here. You only have that 1 body, only have your health in the end, and only this 1 planet.

We are becoming dangerously complacent. Dangerously accepting of ‘technology’ as being safe when it’s not. We are being not only ignorant, we’re being cruel to generations after us for our ignorance. I have 2 kids, a wife and generations after that I want to build a secure future for. Except I feel like we the normal everyday people don’t matter enough for these tech companies to consider our well being before their profit. Take in case point, Johnson & Johnson’s baby lotion and powder. For decades, the health nuts were talking about how it’s poison don’t use it, and they were painted as crazy conspiracy theory off the grid nutbags. Except it turned out to be true. For decades this huge conglomerate family Johnson’s & Johnson’s knew that their baby powder contained toxic cancer causing agents, they hid it. The bottom line mattered more than your new born child. Let that marinate in your brain for a bit.

You cannot keep allowing companies to try to kill you with toxins and be complacent about it. You need to be angry. You need to be telling no to your government on this 5G tech, and we need to be saying NO.

We need further testing. As much as I want 5G, as it will give my company another big boost and cut of the market share in Asia and Europe, I also have to put priority on my customers, their families, and the overall general health and well being of the planet and all it’s citizens.

We matter first. It’s not always about profits.

What are your thoughts?