ETHash has always been considered “ASIC resistant” which is that the made algorithm so it wouldn’t be easy to make an ASIC for it like SHA-256 for Bitcoin, Scrypt for Litecoin and others.  This has been a very controversial issue especially since Bitmain announced they have Cryptonight miners for Monero and ETHash miners for Ethereum to be released soon.

At first I thought the developers had a plan to inject some malicious code that would literally brick the miners firmware or something similar, but the idea of hardforking is much more tame and harmless to everyone but Bitmain and their clients.  There’s also a lot at stake for Bitmain who could be in serious trouble from its buyers if they ship miners that are completely useless.  It remains unseen to know if they could update their firmware to compensate or if completely new ASIC hardware would be required for the update in algorithms.  Either way if Bitmain cannot deliver, it could push them to the brink or at least serious financial damage.  It does cost a lot to R&D and manufacture these ASICs and I could see this pushing them out of business or close to it.

Monero is hardforking in less than 5 days to combat this issue but the Ethereum team is still debating what to do. 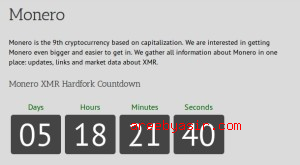 This is a very interesting situation with competing interests and warring camps involved.  But to me this really outlines serious security flaws with Monero, Ethereum and all other Public, Permissionless Blockchain cryptocurrencies (the vast majority including Bitcoin, Litecoin etc..).

Hardforks are usually done for bad reasons, to counterfeit and copy an existing coin as an easy cashgrab (eg. Bitcoin Gold, Bitcoin Cash etc.. Litecoin Cash).  That is one serious integrity and security issue there.  Why is it even possible to literally copy, counterfeit almost any coin?  It devalues the original coin and is essentially stealing from the original coin holders and developers.

But in this case Monero and Ethereum would be doing hardforks for a “good reason” but it’s still a pain.   Would you accept it if your bank did a hardfork and your account stopped working or by not upgrading on time your currency could be lost or converted to another?  I understand why they want to stop ASICs but to me Bitmain is not the problem itself, they are simply exploiting, for profit the weakness that all cryptocurrencies have.  This weakness of PoW or mining is supposed to secure the network but in its absurdity it just makes things slow, insecure and ensures “whoever has the most money to buy more hashing power will control the currency”.  Making it even worse, mining pools and large farms could wreak havoc by broadcasting false transactions, causing others to lose money where they think they’ve received money they haven’t.

Going back to the purpose of mining, in reality today it guarantees two things.  0 security, slow transactions and centralization.  It creates a virtual arms race of whoever can buy enough hashing power is the winner and owner.  This was never the intention of Satoshi or cryptocurrencies.  There’s no way a small, average person will ever be an equal stakeholder in cryptocurrency.  Whether everyone uses an ASIC, CPU or GPU the issue remains the same.  It is a flaw and weakeness in how cryptocurrencies work.

The solution in my view is to make a community-based coin that works off PoS (Proof of State).  Typically these kinds of currencies will be faster and they can be more secure if they are not permissionless (a nice way of saying no security at all and EVERYONE can access the network and broadcast any transaction whether valid or fraudulent).  The whole world shouldn’t be involved in processing my payment for a coffee and they definitely shouldn’t know about it!

So to me when I see people say “mining secures the network”, that was the intention but in practice it’s not the case.

Some serious rewrites in the architecture of all currencies need to be rewritten and the permissionless design and PoW must come to an end for cryptocurrencies to be actually be usable, functional and sustainable for both personal and business use.

The fact that hardforks are even possible or even worse, necessary to stop others from obtaining too much hashing power is proof of concept that mining just doesn’t work.