A lot of people seem to think Ripple’s escrow lockup means XRP is safe and that they are committed to it.  But what most don’t realize is that it only addresses certainty in supply but that’s never been my concern or the concern of the majority of astute investors.

I do like XRP, it works well, it is fast and secure (aside from no first party wallets) but it is also completely centralized under a corporation in the US, and is primarily the tool and co-operator with big banks.  This is good from an investment standpoint but perhaps not as a blog article I’ve cited before explains

Ripple may try to essentially kill XRP at the request of big banking entities in the future.  This is because competing blockchains do not have a native asset like XRP and it doesn’t seem like banks have actually adopted XRP.  There is a misunderstanding that these settlements that Ripple’s network is facilitating are all done in XRP, which is not the case.

I asked for Ripple’s comment but interpret the below response as a “no comment” from them.  I cannot find any record of Ripple ever addressing this issue or concern.  In fact if you look what they talk about, it’s more so the Ripple network and software.  This is totally different than XRP.  Ripple’s intent as a company does not necessarily put XRP at the forefront and they have never disputed this claim. 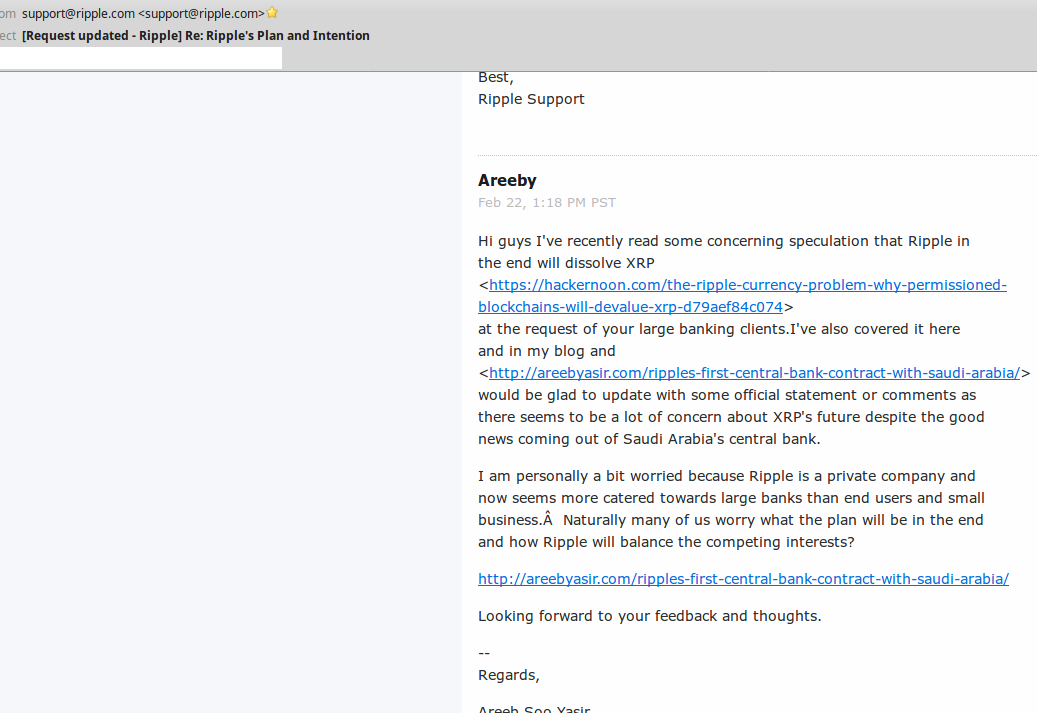 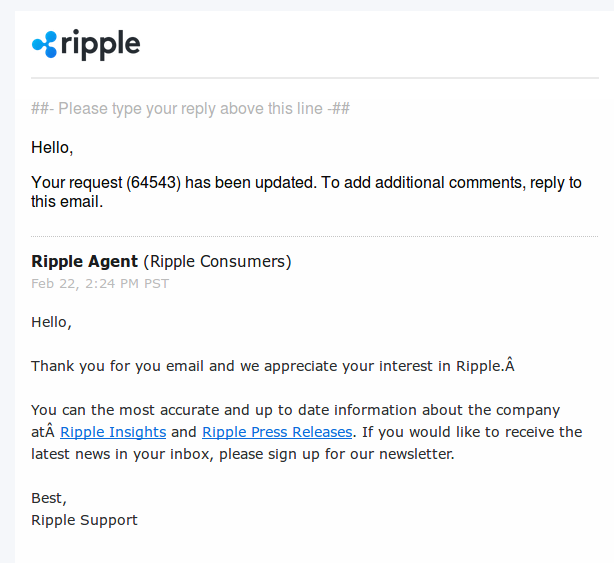 I do find the quoted article to be a bit alarmist but also realistic.  Big banks who are their main client and target are a competing interest and Ripple has not shown any confirmation that they care about their investors.

We’re good for now as it probably helps woo banks into using Ripple’s network, but at the same time if we (the investors) become a liability in their big banking relationships would they have incentive to drop the XRP network? Even though the XRP ledger is decentralized, we don’t know for sure how many nodes Ripple is running- at least I couldn’t find those answers (2016)

Update: (2018)
Just watched a release that shows that Banks haven’t used or ‘hodl’ XRP because they aren’t sure of regulations. But they have been testing Xrapid which is XRP’s network and is set to launch next month. Which is exciting news! This price of XRP jumped with this announcement. Time will tell how this places out, and hopefully this will lead to mass adoption! I’m looking forward to it since I’m an investor and I invested in Ripple because I believe in their objective. Some people are nervous with the fact that Ripple isn’t decentralized, and has many big bank connections, but this might prove to be what propels it into mainstream- the fact that it’s secure and can be used for transactions like normal daily purchases. 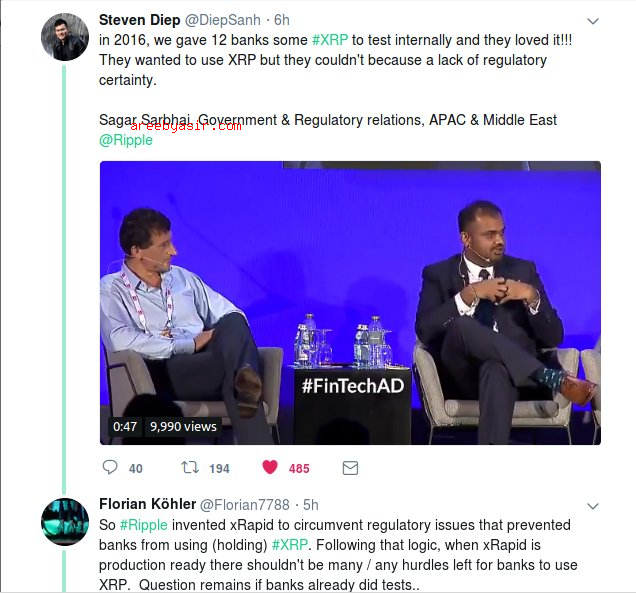 But it would still be good to hear from Ripple officially announce that they have no plans and will not tank XRP for any reason- that’s honestly just the simplest way for them to address this issue. I also want to mention that ‘speaking about facts’ and asking questions isn’t spreading FUD. I see a lot of rude, unprofessional and down right shill like behavior from the XRP community and it’s really disheartening to see people rudely addressing proper facts and questions.

This is money and we shouldn’t be attacking investors but asking the company we’re investing in for proper answers. I shouldn’t have to dig around the internet to find answers, it should be properly stated on Ripples page.

This isn’t exclusive to Ripple, there’s a ton of other projects that work this way. Where they feel they do not owe an explanation to the investors who have concerns.

I have a lot of faith in Ripple, despite people hating on Ripple since they are not decentralized. But it’s because of this platform that they are more secure and truly can step forward into mass adoption- I’m talking like daily transactions. So it’s exciting news! I wish more people would consider XRP