The question was spurned from a post I saw on Instagram. It’s a concern I’ve talked about a couple of years ago when FR technology started to gain more traction since the 1960′s. Does Facial Recognition infringe on your right to privacy? First of all people need to understand what facial recognition is.

It’s a technology that recognizes you from your face, it’s not as simple as just a picture. It details your biometeric data and harvests that data making a complete picture of your facial movements and features like the iris of your eyes. The case was made that this technology could help law enforcement catch criminals and stop crime, and yes it can make communities safer. But the darker side of this is that this technology abuses everyone’s right to privacy  in order to catch a possible criminal. Remember the death penalty was supposed to make people less likely to commit crimes, and that didn’t really stop anyone.

This tech assumes we are all criminals who have to daily prove that we are not by ensuring we’re walking around with faces that don’t look like we’re about to commit crimes. It takes ‘smile you’re on camera’ to frightening new levels of police state level spying. It watches you and your face to compile data on what you’re doing, what makes you happy, what makes you upset and even can read your lips and eye movement- there is literally no hiding from this.  It can recognize you from past data and mark up information like your name, your address, your health and financial situation, how many times you’ve visited a particular place etc etc

This technology could tell cats on youtube apart from each other just based on watching the thumbnails – correctly. It can also find you at any time to pin point your location, status and predict what you might do next. Using deep learning artificial intelligence, this technology will leave you with piddles for privacy and safety.

The Dangers Are Real

There is also the discrimination, bias and prejudiced that this technology could present, where certain people of a certain ethnicity, race or colour or orientation could be monitored more. If you are being targeted, even if you haven’t done anything, you would never know it because, of course, you will never have access to your data or what that data says about you. It can track and profile you and you would never know, nor could you opt out of it.

Many cities are opening up to Facial recognition, with airports already implementing this tech, without user consent or knowledge. It’s also in Malls where your shopping habits are data mined. In the UK they want to make it a 1984 reality by having this technology in city streets.

I think Megan Goulding says it here the best: 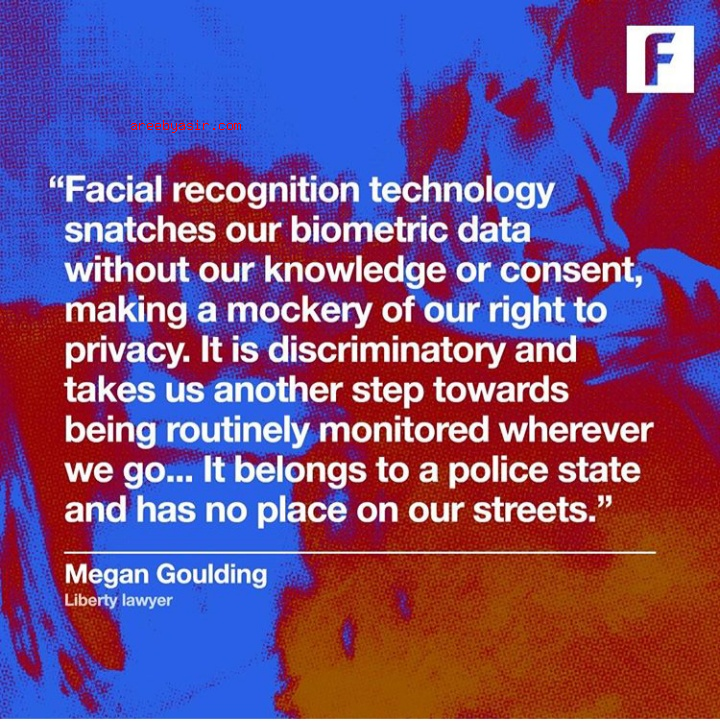 She is absolutely right. But it doesn’t just stop at law enforcement. Companies want to use facial recognition to map your spending habits and what pleases you and what doesn’t in order to sell you more efficiently. If you said something like ‘what’s the harm in that’, well that harm is that you’re in a database somewhere with your data of your entire facial mapping  that government bodies and corporations now have. It’s like what’s the harm in Facebook selling your private pictures that you shared with family with random strangers who now can make products to sell to you, or come to your house to watch your kids and wife inside their home to see what products they use and things they do daily. A complacent population that doesn’t understand what this means, is a population that will be monitored happily with every loss of freedom but live in the illusion of freedom.

Malls for example want to use this tech to watch you while you shop or change your clothes in the changing room in order to map how you feel about yourself, your clothes or the others around you.  You could possibly ‘pay with your face’ with the tech after companies have mined your data, your financials and health care data.

The ACLU has cautioned about this tech as dangerous. This is beyond scary and if you have ever read 1984, you’ll know why this needs to stop in it’s track NOW.

A Healthy Amount Of Backdoor Spying

We are already being watched while on our laptops, and phones- with backdoors that are legally required by US law to watch you. That time you had diarrhea while on your phone in the washroom, you can be sure, some NSA guy was watching you. This facial recognition tech is the same thing. It’s watching you all the time, but  going one step further in profile and tracking you on top of that.

The Snowden releases have shown us that we have been under surveillance blanketed under the guise of security in order to watch perfectly innocent civilians, listening to their private conversations, reading their messages, looking at their photos and keeping tabs on all your do, say and are about to do. Now couple that with facial recognition….we are becoming Chinese level now in monitoring. All the things the media has told you to be afraid of with China is now being done to you, are you so willing to do it because you think you’re somehow safer with a ‘western nation’ like the US and UK – who have shown to secretly mine your data for decades without your consent or knowledge?

The very thing they called out China for, they have been doing to you on a much grander scale and now under the blanket of public safety they want to monitor your biometric data? Corporations want to use this technology to monitor you, track and profile you based on your spending habits, very possibly put you on a social credit system like China in their own internal database – which later could predetermine factors like loan, education, even where you buy a house or shop, even if you can purchase food at  certain places because you are ‘poor or rich’.

The New York Post called this system in China “A Dystopian Nightmare” all the while not reporting on how this could happen here and is in the works for happening here. 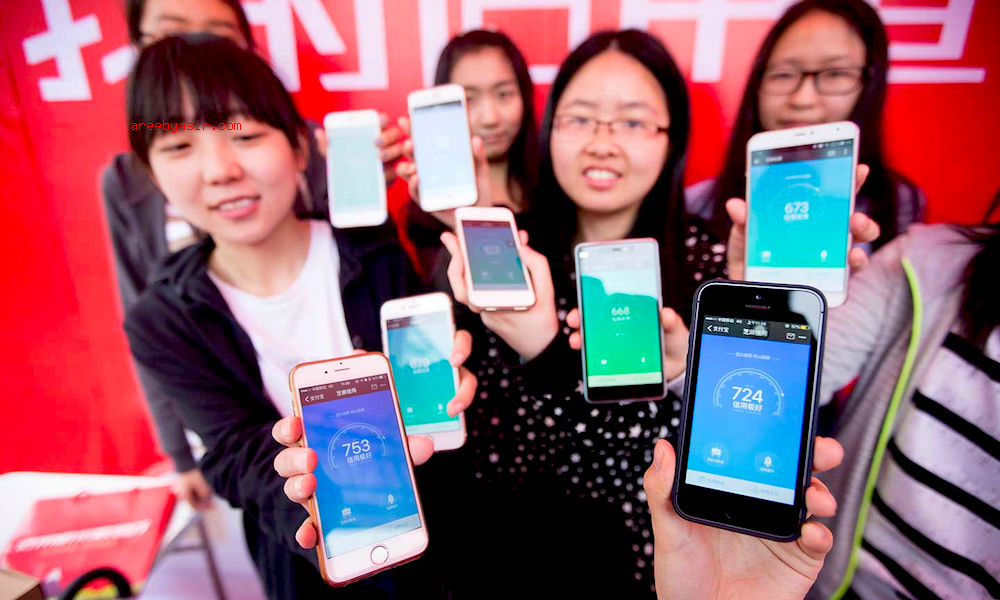 There’s a clear bias in reporting. If it’s China doing it, it’s unethical and dystopian. If it’s the US, it’s for your safety…

Don’t think this cannot happen, it has happened in the the past, it can surely happen again on a modern day scale with technology that will aid in doing it seamlessly.

Is It Worth Your Privacy Since You’re Doing Nothing Wrong?

I think it was Edward Snowden himself who said it the best: 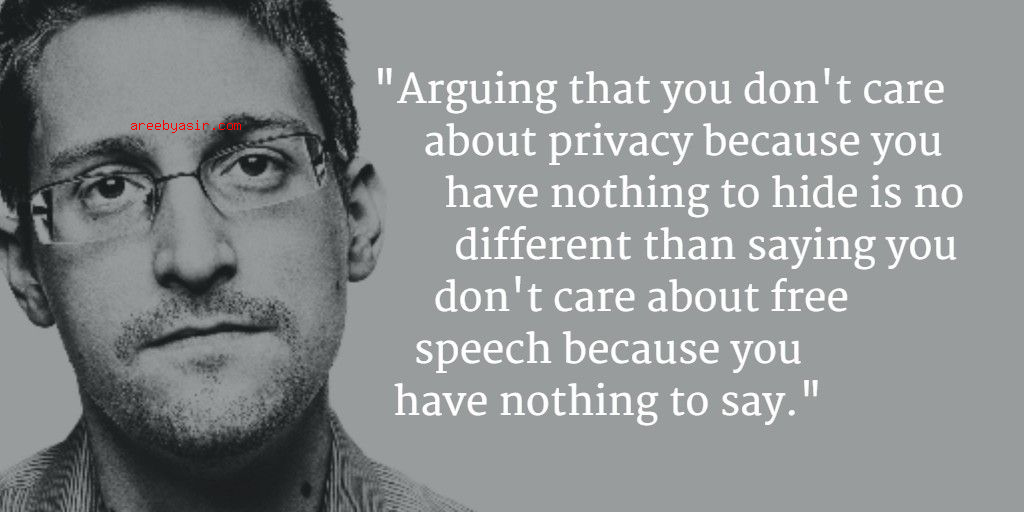 Do you really think this is all okay? I’m curious to get the feedback of tech professionals and non tech folks on FR.

It remains to be seen what happens next, but I would put a pause on this technology until we have first settled the concerns of privacy and security. Because an entire innocent population should not have to lose their freedoms, for a modern day 1984.