Some commentators and researchers speculate that this was not a Binance hack but a mistake on Binance’s part.

However it has been reported that the same 7000 BTC hack happened last year too.

Which was it? Here’s one really good perspective on the situation. 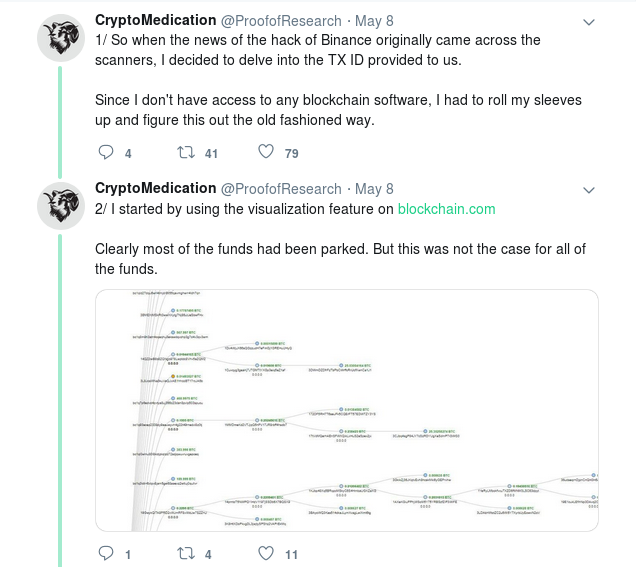 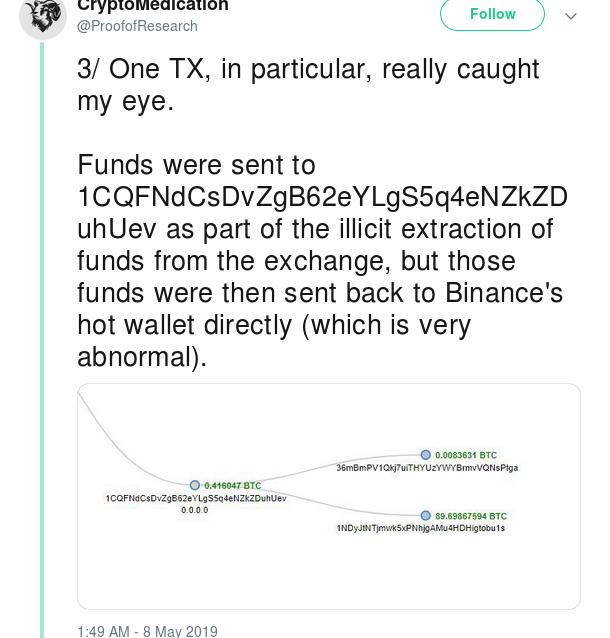 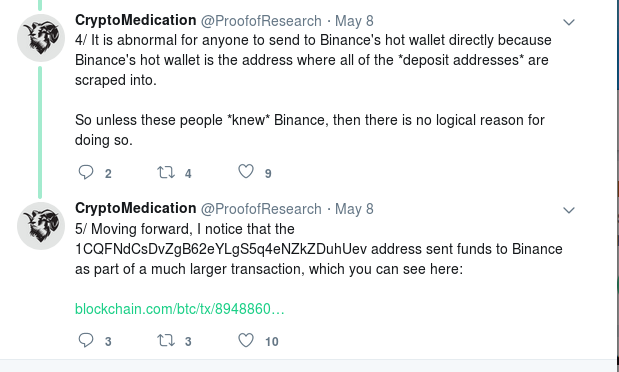 CryptoMedication is saying that it appears in this case some of the stolen coins were sent back to Binance’s hot wallet and possibly a Yobit admin was involved.  Some on Bitcointalk called the so-called Yobit admin a scammer, but could it be something far different?

In a lot of hacks, the funds are often sent to different exchanges where hackers hope to make it difficult to trace where the funds went by exchanging for different coins or even cashing out.

What if it is simply the case that  lot of stolen coins were sent to the Yobit Exchange or an account there, and Yobit agreed to send whatever stolen BTC landed on their exchange back to Binance? I believe this is more likely to be the case. It was a hack not a mistake – at least that’s what I think, there could be information I’m missing here.

It could be an inside job for all we know…it could even be a few rogue employee’s of Binance. This kind of act isn’t limited to the crypto world, it happens all the time in business in general. But this 7000 did happen last year and it happened again this year- it’s either a inside job, or a person/group of people who have a vendetta against CZ of Binance, or it’s just a sick thing that some sick person(s) do to steal from others…

Still 7000 BTC , amounting to roughly $40 million, is no chump change here. It was stolen. With the help of tumblers, we may never know who or what group took this money.

What are your thoughts on the Binance hack/mistake?