Tech Employee’s Aren’t Down With ICE

It’s been a wild ride these past several months with Trump in power as the US President. We have seen everything from admitted sexual assault, to lying, to downright insults & crimes against humanity. And in his latest project, the kidnapping of illegal children and separating them from their families as they flee into the US border by ICE- US Immigration and Customs Enforcement.

This sets a dangerous precedent. Of course like good humans, most of humanity is outraged. 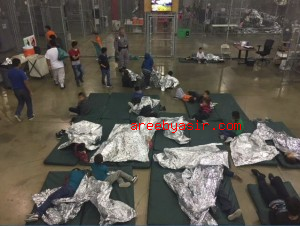 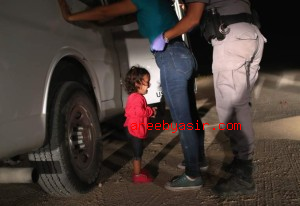 But the division is pretty big in the United States, and the issues Trump has created has affected everything from US citizens to its allies. And it’s becoming a very large problem.

But what role does Tech play in this? Lets start first with Wikileaks.

Wikileaks as the world knows, is the best and most accurate source of undisclosed information, with disclosure and documents pouring in, revealing the very harsh reality of how governments actually work. From these documents was revealed, that 7 nations had invasion plans, that the US government formulated decades before 9/11. These countries include, Iraq, Afghanistan, Libya, Syria and of course Iran was the last. This seems to be playing out under the guise of liberation and false ‘jasmine springs’ being instigated in said nations. 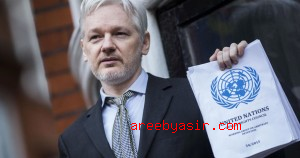 Facebook, Google to Apple and Amazon, all these companies have a legal obligation to give backdoor access to the United States government. It’s actually legal and you don’t have a say in it, and yet the gong show that was Cambridge Analytica was put on to show that the government cared. Anyone in IT knew what was really happening: a large scale propaganda campaign using Facebook as a scapegoat to ‘ensure that the majority population didn’t catch on to the fact that Facebook’s legally obligated to give that same information to the government’. 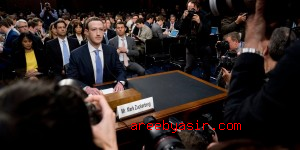 But most recently, Wikileaks released in full, all ICE employees’ information including their LinkedIn profile for full view of the internet- and thousands of activists and anonymous hackers.  https://ice.wikileaks.org/

This is actually very big and concerning. Many of these employee’s are just like any other employee working for any other company, and they have to feed their families too. They might disagree with ICE but they also have to eat. Was this a good move for Wikileaks?

Yes, despite it being wrong, it’s pressure. It’s pressure on the Employees of ICE to voice their outrage to stop this program of kidnapping these kids- who by the way, only the boys have been seen so far, no one knows where the little girls and babies are. Which is concerning because of “Pizzagate”.

So what role does Tech play now in ICE, if any? Well Microsoft has a $39 million contract (one of many) as does Dell and even Amazon with their face recognition tools. A big government agency like ICE will of course have contracts with large scale Tech companies. But now the outrage is so intense, that employees of these Tech companies are demanding their employer cancel their contracts with ICE. This is huge.

Because if Tech companies all pull out, and the Internet shames anyone who does do business with ICE,  global citizens can actually kill ICE’s kidnapping program.

Whether you agree with Trumps justification, and the republican party’s position, there is no agreeing with kidnapping. Under no circumstances is it justified. Just like rape, apartheid, or the holocaust, these things are not justifiable under any circumstance. So why are they working so hard to justify this? Because it’s wrong, and they know it.

Each and every Tech giant that has contracts with ICE, should end their contracts. Large public figures such as Bill Gates, Elon Musk, to the Pope should lash out at Trump’s policies. The regular person should scream their outrage. Because this is not just a cage with kids, this is the first step in dehumanizing them. The next step, is slaughter.

So if you have a soul, and moral sense, then please do voice your outrage too. This isn’t about politics, this is about right and wrong. And this, is very wrong and it needs to be ended.

If I can use the Avengers here for a moment without any copyright infringement: If Thanos is Trump, well we’re all the Avengers (+ Deadpool)  together. Right now, humanity really needs some good heroes like the Tech employee’s, to make a stand.

What do you think? Are you in support of Trump’s kidnapping and separation of families policies? Or against it?