Gamer’s and computing addicts alike should revel at Nvidia’s achievement at the consumer graphics level.  Ray Tracing is essentially the equivalent of a real-time and real-life light source for what ultimately end up being ultra-realistic graphics which were previously only scene on pre-rendered special effects in things like movies.  Nvidia has solved the high computational cost issue and claims it is the “biggest leap in graphics” and I’d have to agree with them.

Nvidia has done it again and cemented itself as the #1 in graphics despite some uncertainty over the years and stiff competition when AMD picked up ATI.

But a youtuber JayzTwoCents gives an summary of what to expect and of course pricing- which seems to be a hot button topic on twitter.

For those who have been PC gaming since the mid-90’s we once dreamed that we would get graphics as great as the CG video scenes and we’re essentially there.  We’re almost to the point for graphics that are as nice as what are rendered in modern special effects.

I’d also expect the new TURING architecture would be much better in the mining department and this may help give Nvidia an even bigger bump (although I suspect they’d prefer their long-term market, gamers to snag them up first and to avoid a shortage that plagued AMD not long ago for the same reason).

This could possibly also have implications for AR which would push the reality of the game to a new level. But of course, this comes with that price tag of $1149, so it’s not coming to you cheaply. 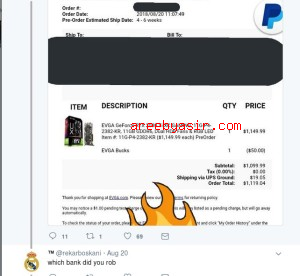 A twitter follower came at Nvidia claiming that they put the price so high to compensate for the GPU miners being returned last quarter. 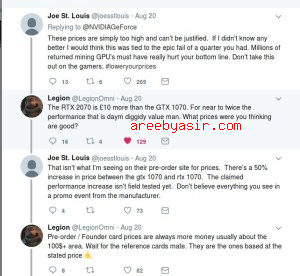 Its with adoption and demand that will eventually (hopefully) make the price come down. But as long as there are people out there buying $1700 Iphones, there will be gamers willing to fork out $1200 for a unREAL gaming experience.

Looking forward to seeing what the future entails for these cards, I reckon they’re going to sell.

How do Gamers feel about Ray Tracing and the RTX 20 series?