This was a very expensive ICO at $2 per token.  It supposedly includes a NOM and FIN coin for each purchase.  So far there haven’t been many real updates about when we’ll receive these tokens.  All I do know at this point is that one of them will be locked for a year.  The cost was very high so I certainly hope this wasn’t a scam designed to collect a large amount of coins (as many ICOs are).  I hope they will go ahead with their projects and that this coin will return well.  Since the price was so high investors now have extremely high expectations over more reasonably priced ICOs.  Can the team deliver or do they even care to?  Time will tell but if my experience with an overpayment is an indication this team may not be honest or trustworthy as is the case with the majority out there unfortunately.

I’m a user of Nanopool and that’s how I found this ICO but I am already having regrets but let’s get into what FINOM claims to be.

They claim they merged the 3 projects into what is called FINOM with Mining (Nanopool), Cryptonit (their own cryptoexchange) and, Tabtrader (Banking).

I know nothing about the other projects but Nanopool works well.  What’s weird and good is that Nanopool seems to be Chinese based since it has an ICP license.

The troubling part is the question is who is really running these projects and company?  It’s not clear, they claim to be from Switzerland yet Nanopool is a Chinese website so there is Chinese ownership.  When looking at who is behind Finom most of them appear to be extremely young people.  The issue for me is why did they register in Switzerland when the entire team seems to have no connection there?  Was it to artificially build trust?  This is concerning because as far as I can tell they all really appear to be based in China and other parts of the world so why try to hide this? 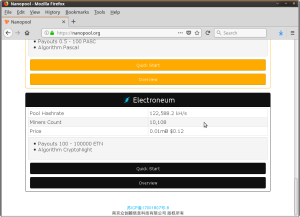 Why am I upset?

Well first of all I feel silly but frustrated with Ethereum when I was trying to send to this ICO the Ethereum network was “congested” as it often is.  When I was trying to send I kept seeing in the console that the transaction was rejected so I kept trying.  However I didn’t realize the Ethereum wallet doesn’t show pending transactions and may attempt to send more ETH than your account has if you keep sending small amounts that are pending.

I ended up sending more ETH than I intended to them which are of course worth far more now.  I opened a support ticket explaining what had happened only to be ignored after several attempts: 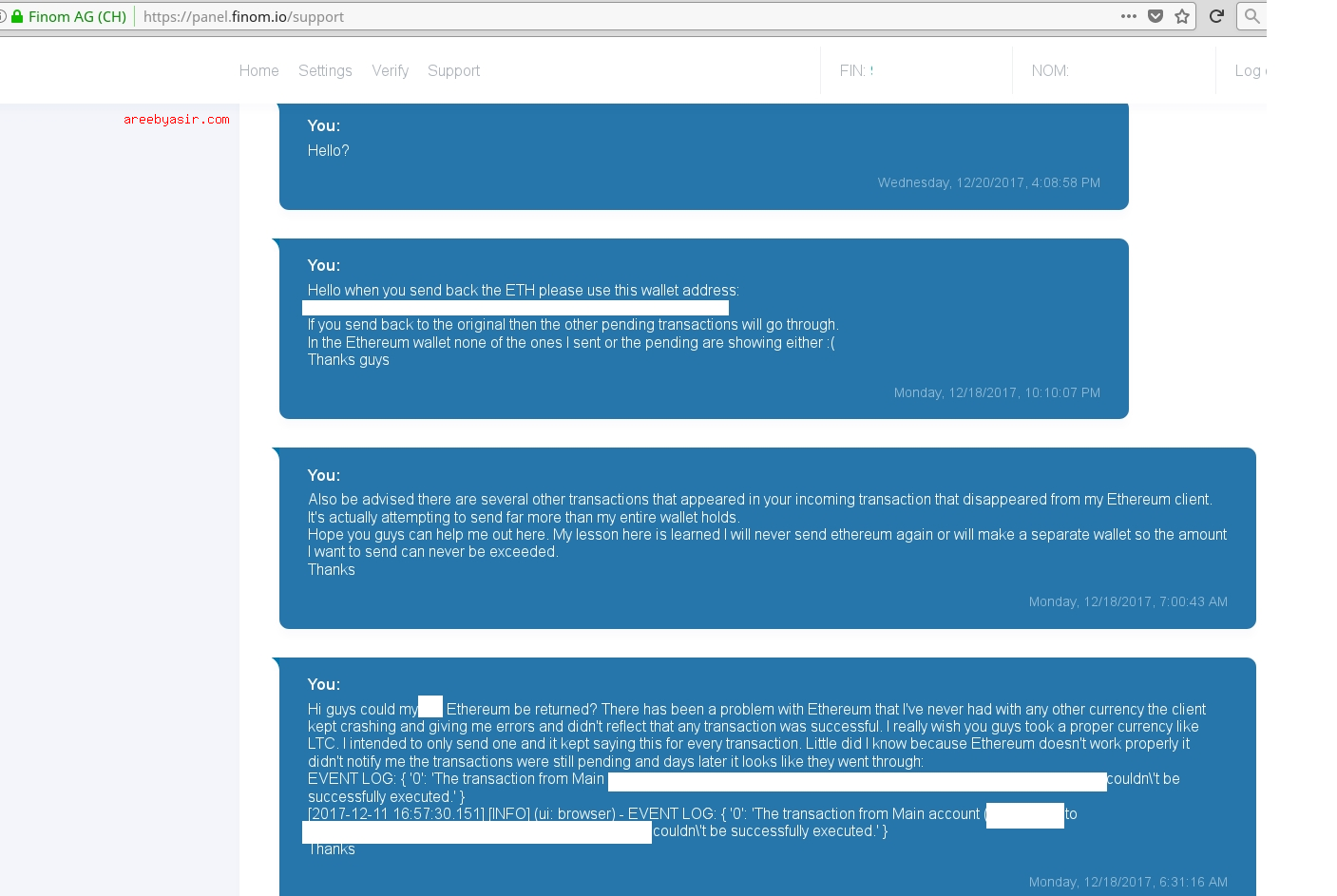 After a month of waiting for support I e-mailed the “hello@finom.io” that they encourage you to use on their website but that didn’t work.

Then I started getting SPAM from the owner who appears to be overseas and thought I’d reply directly to the owner. 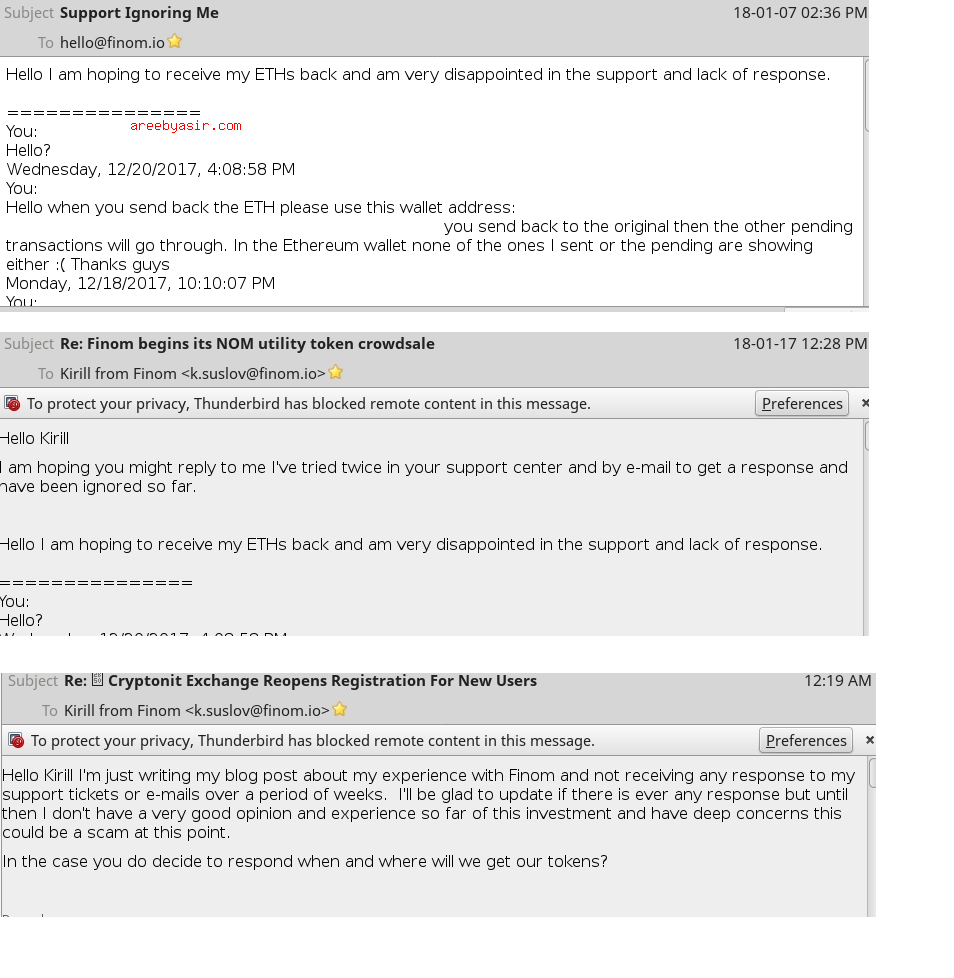 Unfortunately like most crypto projects and companies they are always content to collect your coins, they’ll SPAM you and create an impression that they an honest and community driven project but usually it couldn’t be driven further from the truth.

Experiences like these drive investors like me to not only become frustrated but we become less likely to invest in new projects going forward.

It’s hard to tell skeptics concerned about scams and fraud that it doesn’t happen or to justify that “most ICOs and most crypto players are honest” when in terms of IT, support and communication I haven’t seen anything more arrogant or dishonest than experiences like these.  It’s a world where our IT projects and clients would not tolerate this treatment and it’s only a matter of time before investors vote with their wallets out of both genuine fear and frustration.