Let’s let the chart do the talking for the past 3 months where it currently sits at $9327.65 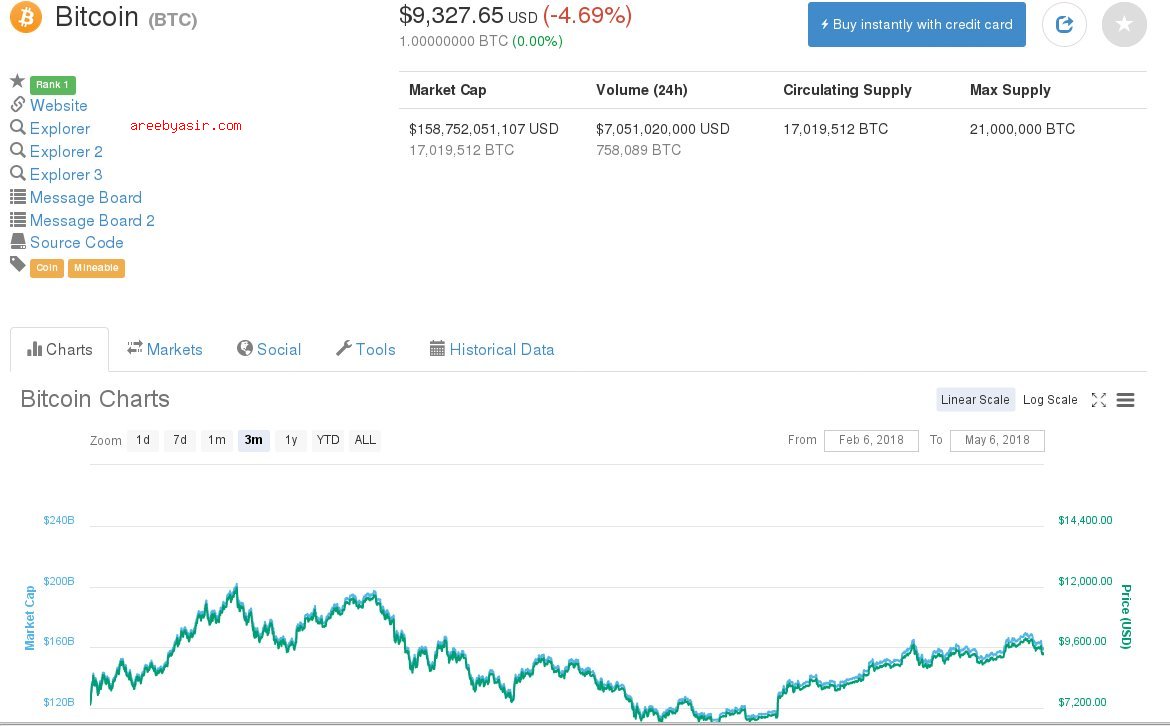 Back in February BTC posted the maximum high for the past 3 months of just over 11K.  As you can see from March to April the lowest moves of the recent past were posted around the 7K mark.  To me this looks like a classic sideways trading that eventually breaks out.  You can see since April there has been a steady upward trend.

BTC hasn’t been able to defend the 10K mark but I do believe we have stability around the 9K mark.  Some indicators claim BTC is currently neither overbought or oversold.  But common sense has to tell you that if the price is going down it appears we have more sellers than buyers at the $10K mark.  It could be people cashing out for fear of wondering when does BTC return back to the 20K mark?

Many people have said this  spells disaster but I really do think we are just getting started with the BTC rally and I think much higher prices are around the corner in the near future.  There has been a lot of positive news from around the world that seems to be increasingly towards accepting that BTC is here to stay.

Perhaps some regulators thought twice and realized that “like it or not BTC is too big and risky to ban”.  Because people can move BTC at will and it cannot be frozen or truly banned.  I think regulators are finding just as the case is with exchanges, if you put undue pressure on owners of cryptocurrency they will simply just move away to a friendlier jurisdiction.  I would imagine they should favor BTC as it is not anonymous and is easily and fully trackable.  If people switched to more private based coins they’ll have little chance at regulation such as with Monero.